The Evolution of Music as used for On-Hold

The Evolution of Music as used for On-Hold

From Jazz to Hip Hop, it’s slower than you might think… 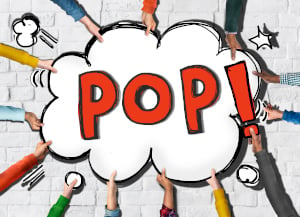 If you look back at the last 70 years of music, you might think that it’s changed really rapidly but scientists at Imperial College have shown that it’s actually moved at more of a ‘snail’s pace’!

Although pop music has clearly evolved from the rock and roll revolution of the 60s to disco fever in the 70s, electronic synthesisers in the 80s through to the emergence of hip hop and rap; Imperial researchers have shown that, despite appearances to the contrary, change in human culture occurs at around the same pace as organisms evolve.

“All we have is this sense that culture evolves really quickly, but relative to what?” asks Armand Leroi, lead author and evolutionary biologist at Imperial College London.

To answer this question, the study uses the tools of evolutionary biology to measure how fast selections of human culture, such as pop music, evolve compared to the rate of change in finches, moths and a species of snail.

The results demonstrate the ‘deep unity of the processes and patterns of cultural and organic evolution.’

Cultural traits evolve much like biological ones because they’re formed ‘via descent by modification’.   What does this mean?  It means that

when we go to make something new, we have to start with ‘something that someone else has done.’  For instance, you might hear the influences of Tchaikovsky and Wagner in the film scores of composer John Williams.

By comparing pop songs on the Billboard Hot 100 between 1960 and 2010 the study found that pop culture has always had a place for noisy aggressive music.

So, even though there might be a great deal of variation over the short term, over longer timescales trends revert to a more conservative mean.  Or as Led Zeppelin once wrote, ‘the song remains the same...’

The good news is that this means many tracks will appeal to a wider demographic than you might think, because they’re influenced by music that people already know and love. So when you’re picking music for your in-queue and on-hold, don’t obsess about whether it’s ‘the latest thing’ to the exclusion of all else.

Certainly a company that wants to sound modern or on-trend may give this greater weight, but it’s a mistake to concentrate on that while neglecting your wider brand values, the mood of your callers and the suitability of the music for use on mobile phone networks (among others).

Premier CX is a creative agency specialising in contact centres. Our award-winning team works with some of the UK's most successful brands.